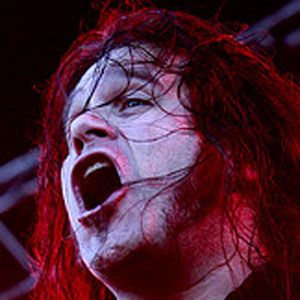 When their previous guitarist unexpectedly left the group, Phil Demmel played Machine Head's European tour, and later was officially made a member.

He is a big hockey fan, having grown up watching and playing the sport.

The combined stress of family and relationship problems caused him to collapse on stage one night.

He is close friends with his bandmate Robb Flynn.

Phil Demmel Is A Member Of