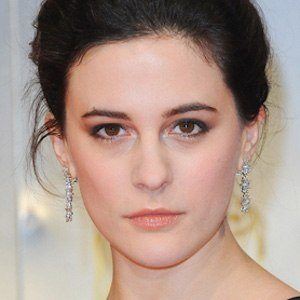 Film and television actress, she is best known for her role in the 2014 horror film Lady In Black 2 and her part as Vanessa Bell in the BBC 2 mini series Life in Squares.

She graduated from the Royal Academy of Dramatic Art and preceded to act in various stage productions in London. Her first major on-screen role was as the leading character of Grace in the short-lived ITV 2 series Switch.

She was extremely excited to star in Lady In Black 2 but said that many of her family members and friends were disappointed when they found out that star of the first film, Daniel Radcliffe, would not be joining her on screen.

She is the daughter of two actors, Stuart Fox and Prue Clarke. She married fellow actor Kyle Soller, whom she met while attending the Royal Academy of Dramatic Art.

She worked with director Tom Harper on both the 2014 films War Book and Lady In Black 2.

Phoebe Fox Is A Member Of