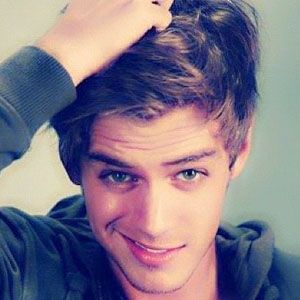 Before beginning his acting career, he worked as a clothing catalog model.

He appeared in a 2012 episode of Por Ella Soy Eva.

He grew up in Celaya, Guanajuato state, Mexico, and later settled in Mexico City.

He and Paty Cantu were both in the cast of Gossip Girl: Acapulco.

Polo Morín Is A Member Of