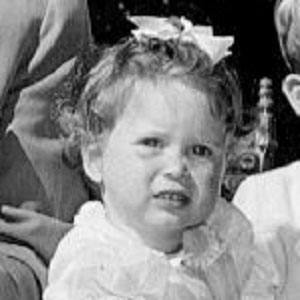 The child of screen actress Maureen O'Sullivan and director John Farrow and the sibling of actress Mia Farrow, she became a movie producer and is also famous for having inspired the hit Beatles song "Dear Prudence."

She earned a bachelor's degree, a master's degree, and a doctorate in Asian Studies from the University of California, Berkeley, and worked as both a meditation leader and a school teacher.

In the mid 1990s, she co-produced Widows' Peak, a film in which her famous older sister is prominently featured.

John Lennon wrote "Dear Prudence" while he and Farrow were both attending a Transcendental Meditation instructor training program in India in the late 1960s.

Prudence Farrow Is A Member Of