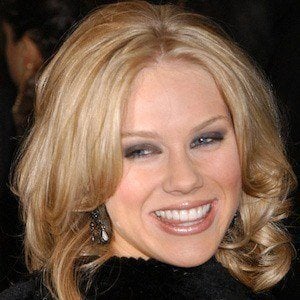 Singer most well known as one member of the Nashville-based band Stella//James. The trio has released many of their original singles on their self-titled SoundCloud account.

She studied at Belmont University.

A social media sensation, she has garnered a following of more than 160,000 fans just through Instagram.

She is the daughter of former NFL quarterback Terry Bradshaw and his third wife Charlotte Hopkins. She has a sister named Erin.

She was briefly married to the late NFL kicker Rob Bironas before he died tragically in a car accident in 2014.

Rachel Bradshaw Is A Member Of