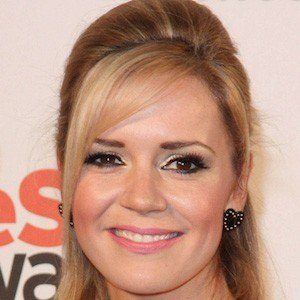 Brought to life Kelly Yorke, part nurse and part serial killer, on the BBC medical drama Holby City. She has also held regular roles on Hollyoaks, Coronation Street, and Where the Heart Is.

As a child, she was a member of a local youth theatre group called Scala Kids. She then went on to study at St Joseph's Catholic College and eventually graduated from Liverpool Institute of Performing Arts.

She is passionate about fitness and has worked as a BoxingYoga coach at Bell's Gym.

Her mother is English and her father is Croatian. She has two sisters: one younger, Sophie, and one older, Kate.

She appeared alongside Tina Hobley and Hugh Quarshie while starring on Holby City.

Rachel Leskovac Is A Member Of