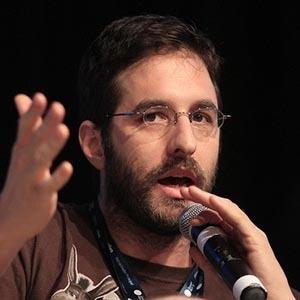 Brazilian comedian, actor, and journalist who is known for his work hosting the Netflix series Ultimate Beastmaster. He is also known for his controversial dark humor which he shares through his appearances on the CQC series. He's also one of the hosts of the popular web series Ilha de Barbados.

He attended the University of Nebraska and started his career in television in 2010 when he appeared as a host on CQC. That same year he opened a comedy club in Sao Paulo, Brazil. In 2011, he released the DVD A Arte do Insulto.

He is known for having been selected by the New York Times as one of the World's Most Influential People on Twitter.

He was born and raised in Porto Alegre, Brazil.

As an actor, he appeared alongside Felipe Castanhari and Julio Cocielo in the 2017 feature film Internet: O Filme.

Rafinha Bastos Is A Member Of