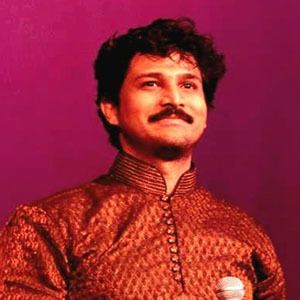 Indian playback singer who is known for songs such as "Madhuram  Madhuram" and "Gundelo  Valava". He has also acted in films such as Santosha and Gaalipata.

One of his earlier releases was the 2002 song "Kontha Kalam".

He has worked as a dubbing artist on films like Paris Pranaya and Amrithadhare. He has sung more than 5000 songs in Kannada for over 1100 films.

His mother's name is Meera Krishnan.

He acted alongside Ganesh in the 2008 movie Gaalipata.

Rajesh Krishnan Is A Member Of