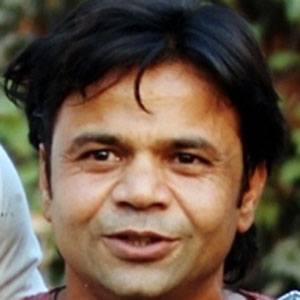 First known as the star of a Hindi television series titled Mungeri Ke Bhai Naurangilal, he went on to appear in such films as Main Madhuri Dixit Banna Chahati Hoon and Haasil. He received numerous awards for his villainous role in the 2000 film Jungle.

He began his performing arts career as a stage actor; however, after attending both the Bhartendu Natya Academy and the National School of Drama, he started appearing on television and in films.

He performed in numerous plays at India's Shahjahanpur Theatre Company.

He grew up in the northern Indian state of Uttar Pradesh. He later married Radha Yadav.

He appeared with Martin Sheen in a Hollywood film titled Bhopal: A Prayer for Rain.

Rajpal Yadav Is A Member Of