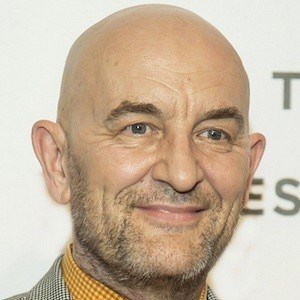 He played pilot Ric Olié in Star Wars Episode I and played a security guard in Alien 3. In 2013, he portrayed Sheriff Howard in Stoker.

His breakthrough role came in the Academy Award-winning film, The Crying Game, which was followed with a role as the drug dealer in the UK picture Withnail and I.

A prolific TV actor, he had roles on Coronation Street, the cult sitcom Nighty Night, and Lock, Stock...The Series.

He married actress Jenny Jules in 1992.

He played General Entin, the two-headed leader of the giants, in Bryan Singer's Jack the Giant Slayer.

Ralph Brown Is A Member Of