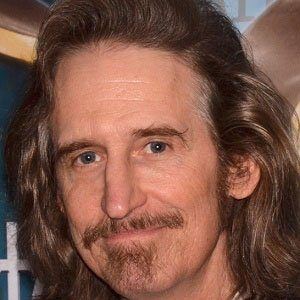 Known for his recurring roles as Linc Potter and Reverend H.W. Smith on the respective television series Sons of Anarchy and Deadwood, he is also notable for directing, writing, producing, and acting (opposite Billy Bob Thornton) in the 2004 feature film Chrystal. He played Coach Cotton in the 2009 sports drama The Blind Side.

Before beginning his screen acting career, he studied theater at Valdosta State University in Georgia.

He created the Sundance Channel series Rectify. The show, which stars Abigail Spencer and Aden Young, premiered in 2013.

Born in Adel, Georgia, he later settled in Little Rock, Arkansas. He and his wife, producer and actress Lisa Blount (1957-2010), shared an Oscar for their 2001 short film The Accountant.

He and Stephen Tobolowsky were both in the cast of the 2012 Hank Williams biopic The Last Ride.

Apollo 13
The Blind Side
Footloose
More