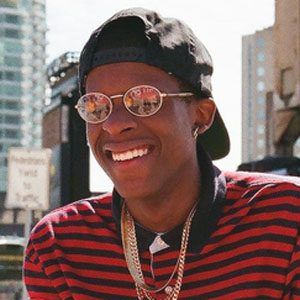 Known best for his work with the Canadian hip-hop group Bakersclub, this rapper and music producer released a number of mixtapes, including CakeyPocket$ and Laced Up. He also collaborated with such American rappers as French Montana and Mac Miller.

He released his first mixtape, Welcome To The Bakers Club, in 2009.

His third recording, MCMXCV, was downloaded more than 15,000 times in the week after it was released.

Born Rasquiz Alfred Johnson, he grew up in Toronto, Mississauga, and Brampton, Ontario, as the son of Jamaican nationals William Johnson and Sandra Charlton. His uncle, Earl Zero, had a successful career as a reggae vocalist.

Raz Fresco Is A Member Of