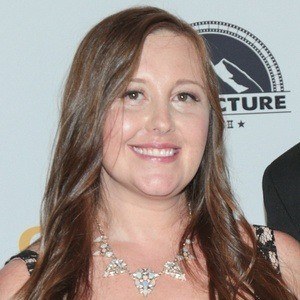 American producer, director, and actress who has produced documentary films Fuel and The Big Fix. She won the Audience Award for Best Documentary at the 2008 Sundance Film Festival.

She started her career acting in film Prancer and was nominated for a Young Artist Award for her performance.

She co-founded The I'll Be The One Organization, a non-profit with the goal of providing clean air, water, and food for all through shifting energy.

Rebecca Harrell Tickell Is A Member Of