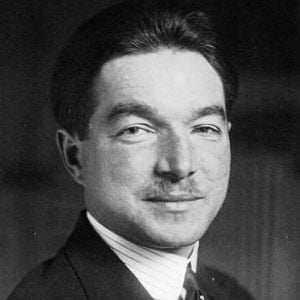 Decorated French pilot who earned the title of All-Time Ace of Aces for his 72 confirmed victories as an ace. He is one of the most famous Frenchman to fight in World War I and was named Commander of the Legion of Honor after the war.

He studied engineering at the Arts et Metiers ParisTech and was accepted into basic training in February 1915.

He published his memoirs Mes Combats in 1920, following his return to civilian life.

He and fellow French ace Georges Guynemer both flew the SPAD XII fighter plane during World War I.

Rene Fonck Is A Member Of