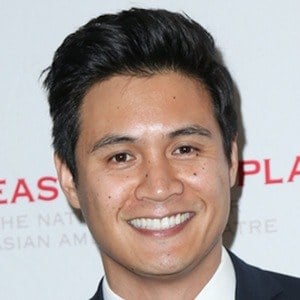 Actor, writer and comedian who is known to many for his role as Father Brah on Crazy Ex-Girlfriend, where he has also served as a writer and story editor. He has appeared on shows like Ground Floor, The Office and Community.

He was raised in the Rancho Peñasquitos neighborhood of San Diego, California. He was a member of the speech and debate club at Mount Carmel High School.

He is the co-founder of the sketch comedy group Touchblue.

He married actress Briga Heelan in 2015. He has a daughter with Heelan.

He has appeared alongside Rachel Bloom on Crazy Ex-Girlfriend.

Rene Gube Is A Member Of