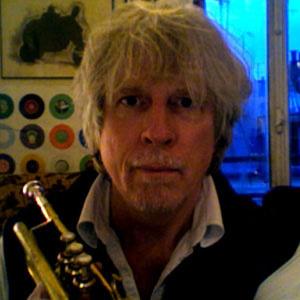 Avant-garde and minimalist composer, guitarist, and trumpet player who gained acclaim for his guitar orchestra compositions. He was the first music director of the lower Manhattan experimental art space The Kitchen while in his teens.

He was a piano tuner for and student of La Monte Young, a pioneer of avant-garde music. He also worked as a harpsichord tuner for Glenn Gould and studied with electronic music pioneer Morton Subotnick.

He played with Young's The Theater of Eternal Music and Tony Conrad's The Dream Syndicate. His earliest compositions included "Two Gongs" from 1971.

He worked with the artist Robert Longo on "XS: The Opera Opus," an experimental opera.

Rhys Chatham Is A Member Of