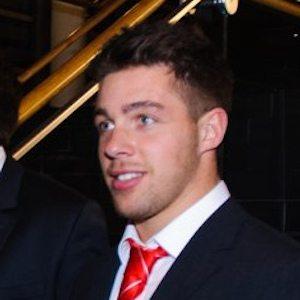 Professional rugby player who is recognized for playing for the union teams the Ospreys and Wales. In late 2017, it was announced that he signed a contract with the Top 14 French club Toulon.

He was chosen to participate in the 2017 British and Irish Lions tour to New Zealand.

He has a son named Jesse Webb.

He and Ken Owens both played for Wales.

Rhys Webb Is A Member Of