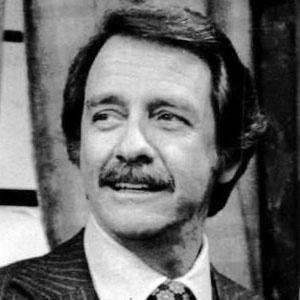 Actor who starred in Our Miss Brooks and The Real McCoys and received award recognition for roles in Slattery's People and The Rape of Richard Beck.

He decoded many Japanese intercepts while serving in the US Army during World War II.

He played Frank Skimmerhorn in the mini-series, Centennial.

He married Penni Sweeney in 1959 and they were married until his death.

He starred in the film, The Sand Pebbles with Steve McQueen.

Richard Crenna Is A Member Of