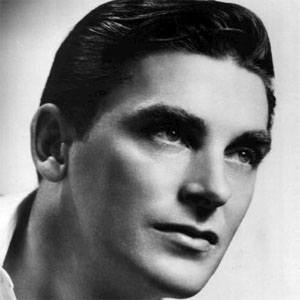 Most notable for his stage performances, he also appeared in lead roles in the films Green Dolphin Street and Desire Me. He had supporting roles in B.F.'s Daughter and Reign of Terror.

He was an all-American soccer player at Brown University and former journalist who first studied acting in New York City.

He played the role of Marc Antony in a television version of Julius Caesar.

He married Eugenia Getchell, his teenage sweetheart, in 1938. However, they divorced in 1942 when he moved to New York.

He played the antagonist opposite Robert Mitchum in the film Desire Me.

Richard Hart Is A Member Of