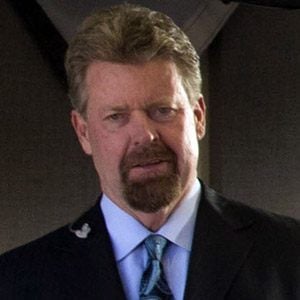 Former MLB pitcher who was a three-time All-Star and won the Cy Young Award in 1984. He later became a broadcaster, calling the World Series as well as ALCS and NLCS games for MLB International.

He was born in Independence, Missouri and won NL Rookie of the Year in his first year in the big leagues as a member of the Los Angeles Dodgers.

As a player he has the rare distinction of winning the Comeback Player of the Year award twice, once in 1987 and again in 1992.

He beat out St. Louis Cardinals pitcher Bruce Sutter for the Cy Young Award in 1984.

Rick Sutcliffe Is A Member Of