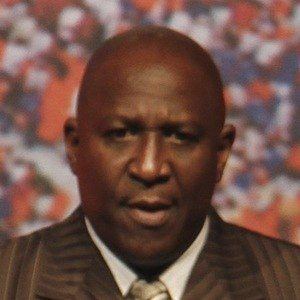 Tight end who played in the NFL from 1977-1985 for the Cincinnati Bengals and Washington Redskins.

He played college football at UCLA, and was a 4th round selection in the 1977 NFL draft.

He was a member of the Washington team that won Super Bowl XVII.

He was born in Cherry Point, North Carolina.

While playing for Washington he was coached by legend Joe Gibbs.

Rick Walker Is A Member Of