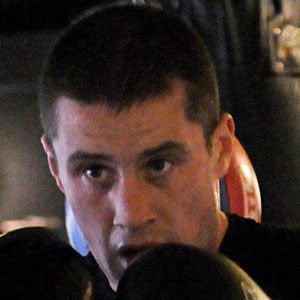 Scottish boxer who competes in the Light Welterweight division. He was previously a Commonwealth and WBO Champion as a Super Featherweight.

He was born in Coatbridge, Scotland and won his first professional fight against Woody Greenaway in October 2001.

He scored a huge upset by beating the previously undefeated Graham Earl in February 2005.

He married a woman named Amanda, with whom he has children.

He defeated Michael Kastidis to take home the WBO Lightweight title in November 2011.

Ricky Burns Is A Member Of