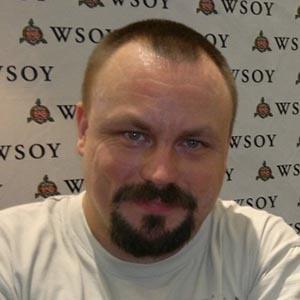 Finnish journalist who is best known for his continuous traveling series titled Madventures. He is also known for having written several books including Isanmaan Asialla - Matkaopas Syrjaytettyjen Suomeen.

He studied journalism at the University of Tampere and gained attention in 2007 when he published his first collection of books titled Madventures.

In 2012, he was awarded by the Ministry of Education and Culture of Finland for advancing the geographical and global knowledge especially among the young people of Finland.

He was born and raised in Hamina, Finland.

Other intellectuals and artists who also attended the University of Tampere include Juri Allik and Irina Vartia.

Riku Rantala Is A Member Of