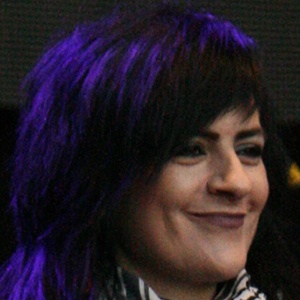 World music singer who released The Mirrors of My Soul in 2005 through Valley Entertainment.

She started off recording Palestinian children's songs in the 1990s.

She appeared on Lullabies from the Axis of Evil in 2003 with Kari Bremnes on the track "Nami Ya La'aubi."

Rim Banna Is A Member Of