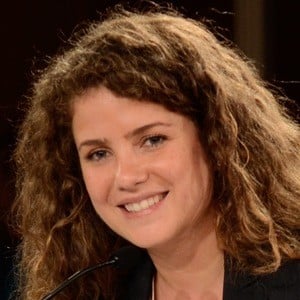 News anchor who found international acclaim for her reporting in the 2006 Lebanon War. She worked for CNN from April 2010 to October 2012. She has over 80,000 followers on her Instagram account.

She started her career as a game show host and weather reporter for ten years at Lebanon's Future TV.

She received awards on her reporting from Lebanese American University in Beirut and the Sheikh Mohamed Bin Rashed Foundation in Dubai in 2016.

She posted a video of her niece to Instagram in May 2018.

She and Kyra Phillips are both award-winning news anchors who worked for CNN.

Rima Maktabi Is A Member Of