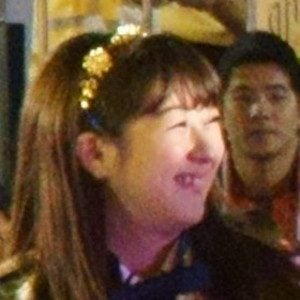 Pop music singer and dancer who rose to fame as a member of the Japanese girl group AKB48. In 2017, she was promoted to the Team BIII subgroup of the band.

She made an appearance during the ninth season of the TV show Nemousu Terebi.

She was born in Japan.

Both she and Anna Iriyama were members of AKB48.

Rina Izuta Is A Member Of