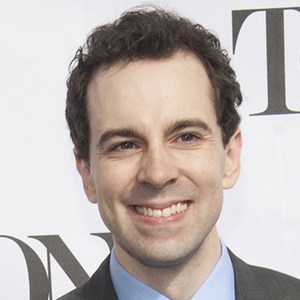 Veteran Broadway performer who was nominated for a 2013 Tony Award for his title role in the musical Chaplin. Other Broadway credits included Avenue Q, Honeymoon in Vegas, Something Rotten! and Beetlejuice. He was a Theatre World Award honoree for his performance in Chaplin.

In high school, he won the Paper Mill Playhouse Rising Star Award for Outstanding Performance by an Actor in a Leading Role for his performance in Where's Charley? He attended Montclair State University, but did not graduate.

He debuted an act called "Smile" as a solo cabaret concert at Feinstein's/54 Below in 2016.

He married actress Maggie Lakis. They had a daughter in 2018.

He landed a role in Beetlejuice alongside Alex Brightman.

Rob McClure Is A Member Of