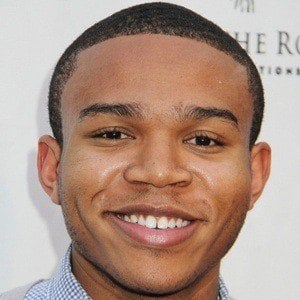 First known as a child actor, one of his earliest major roles was Jesse in the family sitcom The Parent 'Hood. He would later play Jared in M. Night Shyamalan's The Happening and would voice Wybie in the macabre animated feature Coraline. He later joined the hospital drama The Night Shift as Dr. Paul Cummings.

He began his career at the ripe age of three when he was scouted for an advertising campaign by Family Circle magazine.

In 1999, he won a Young Artist Award for Best Performance in a TV Comedy Series - Guest Starring Young Actor for his brief role in Becker.

On NBC's The Night Shift, he stars alongside Eoin Macken, Jill Flint, and Brendan Fehr.

Robert Bailey Jr. Is A Member Of