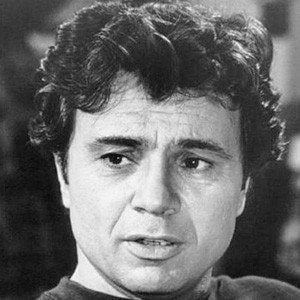 Best known for starring as Perry Smith in the 1967 film In Cold Blood and as the titular character on the TV series Baretta, he initially gained fame as a child actor in the MGM short film series Our Gang.

He began his career in his family's song and dance act as a member of The Three Little Hillbillies.

He played the role of the Mystery Man in the 1997 David Lynch film Lost Highway. In January 2021, he was the subject of a TV special about his wife Bonnie's murder, and his eventual acquittal in the case. The special is titled Murder in the Family: Robert Blake, and aired on Reelz.

He appeared alongside Robert Young in the 1939 movie Bridal Suite.

Robert Blake Is A Member Of