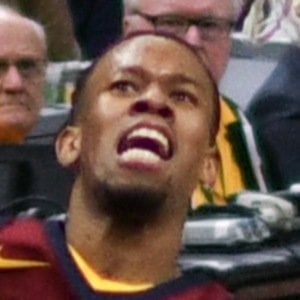 Small forward and shooting guard who was named to the SEC All-Freshman Team while attending Mississippi State University in 2012. He transferred to Duke University, where he was Second-Team All-ACC. He was drafted by the Utah Jazz in 2014 and in 2018, he was traded to the Cleveland Cavaliers.

He attended Meridian High School in his hometown of Meridian, Mississippi, leading his team to the Class 6A championship as a senior.

After transferring to Duke from Mississippi State, he sat out the 2012-13 college basketball season due to the NCAA's transfer rules.

His parents are Ricky and Vicky Hood.

He joined a Jazz squad led by Gordon Hayward in 2014.

Rodney Hood Is A Member Of