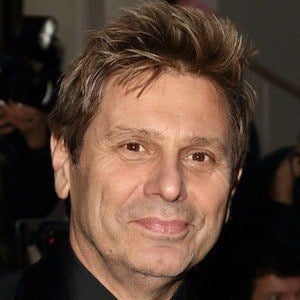 He started playing drums when he was twelve years old. He later formed a punk band called Scent Organs.

His first marriage produced three children. He later married Gisella Bernales, with whom he had two more children.

He and singer Simon Lebon both performed with Duran Duran.

Roger Andrew Taylor Is A Member Of