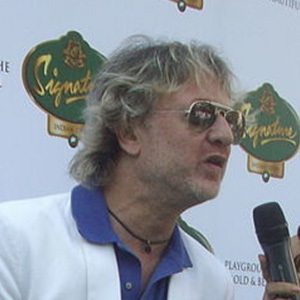 Successful fashion and jewelry designer, known for his lotus and peacock motifs, who creates clothing for both men and women. His products are often elaborate and inspired by Indian grandeur and royalty.

He earned a history degree from St. Stephens College.

His brother Rajiv is a businessman.

He shared an Instagram photo with actor Sidharth Malhotra in January 2019.

Rohit Bal Is A Member Of