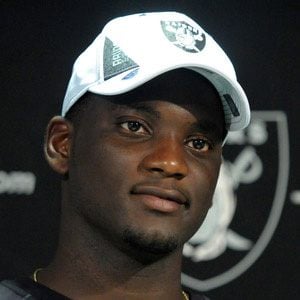 NFL linebacker who was selected by the Oakland Raiders as the eighth overall pick in the 2010 NFL Draft. He signed with the Baltimore Ravens in 2013.

He won the 2010 BCS National Championship at the University of Alabama.

His cousin, Le'Ron McClain, was drafted by the Baltimore Ravens in 2007 and signed with the San Diego Chargers in 2012.

He became teammates with Darren McFadden in 2010.

Rolando McClain Is A Member Of