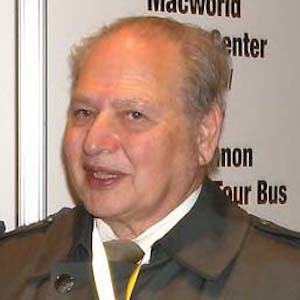 Co-founder, with Steve Jobs and Steve Wozniak, of Apple Computer. Unfortunately for him he gave up on the project early and sold his share of Apple for only $2,300.

It was him who designed the Apple logo back in 1976.

He retired to a Mobile Home Park in Nevada, where he sold rare coins and stamps.

He revealed his homosexual orientation to colleague Steve Jobs in 1974.

He and Steven Jobs were co-workers at Atari before they teamed up with Steve Wozniak in 1976 to establish Apple Computer.

Ronald Gerald Wayne Is A Member Of