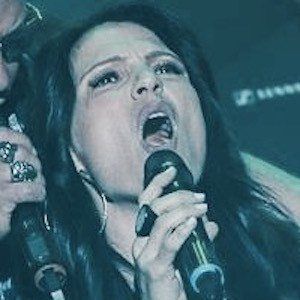 Montreal-native who rocketed to fame in 2013 competing on the third season of La Voix. Mentored by Eric Lapointe, she became a backing vocalist for the artist after the season ended.

In the early 2000s, she began singing in karaoke bars. It was there she was noticed by a music agent and was thereon hired to perform in hotels and casinos throughout Asia.

In 2015, she released her debut French album simply titled Rosa.

The Montreal native lived several years traveling throughout South Asia before returning to her home city.

After sharing the stage with her idol Melissa Etheridge in the finale of La Voix, she performed "Bring me some water" on the star's Canadian tour.

Rosa Laricchiuta Is A Member Of