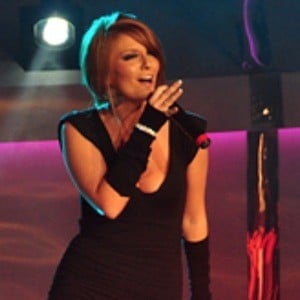 Albanian singer who gained fame after participating in Albania's version of Pop Idol, Ethet e së premtes mbrëma, and finishing third in the competition. She also appeared in the program Këngët e Shekullit.

She graduated with a Bachelor's Degree in Social Work from the University of Tirana.

She hails from Shkodër, Albania.

She collaborated with singers Juliana Pasha and Flori Mumajesi.