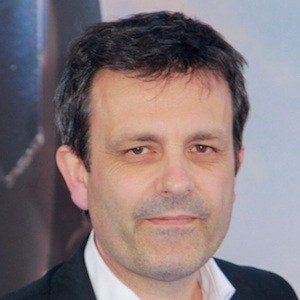 British composer of both motion picture films and television scores. He is best known for his work on such feature films as Wonder Woman, Hacksaw Ridge, and numerous films by Happy Madison Productions.

He was educated at St. John's College in Cambridge as well as the choir school at Lancing College. He earned more recognition as a member of Hans Zimmer's Remote Control Productions.

He was awarded the European Film Composer award for his work on the feature film Hotel Rwanda.

He was born and raised in Chichester, England. His brother, Harry Gregson-Williams, is also a film composer.

He has worked with a variety of different directors on their films including Ridley Scott, Mel Gibson, and Patty Jenkins.

Rupert Gregson-Williams Is A Member Of