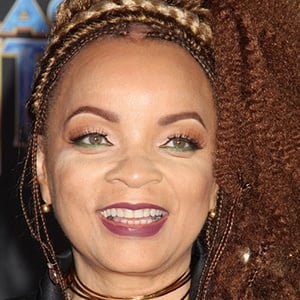 Costumer designer who has garnered renown for her work in the film and TV industry, including the massively popular 2018 superhero movie Black Panther. She garnered two Academy Award nominations for her work on the 1993 biopic Malcolm X and 1998 historical drama Amistad.

She graduated from Hampton University in 1982 with her BA. She earned her major breakthrough in 1989 for her work on the Spike Lee film Do the Right Thing.

She provided the intricate costume design for the 2016 History mini-series Roots. She also dressed the cast for the 2015 drama-musical-comedy film Chi-Raq for Spike Lee.

She was originally born and raised in Massachusetts.

She has dressed Denzel Washington on multiple occasions throughout her career in period pieces.

Ruth E. Carter Is A Member Of