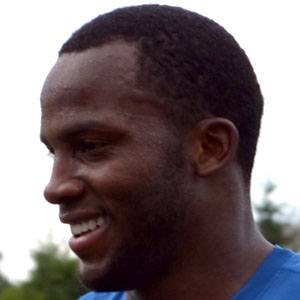 NFL wide receiver who was drafted by the Detroit Lions in 2012 and was named Lions Rookie of the Year. He was a standout player at the University of Oklahoma, becoming a back-to-back First-Team All-Big 12 selection.

He played high school football for the Norman Tigers.

He set the all-time NCAA FBS career record for receptions with 349.

His parents are Edward Broyles and Stephanie Moore.

He became teammates with All-Pro wide receiver Calvin Johnson in 2012.

Ryan Broyles Is A Member Of