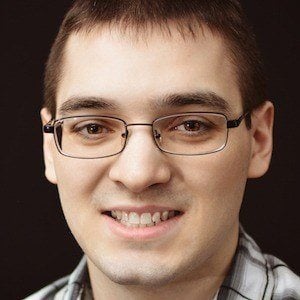 YouTuber known as The Solar Gamer who likes strategy games but makes gameplay videos and more of any genre. Some of his early games were Civilization V and Kerbal Space Program. He occasionally streams on his Twitch channel.

He was inspired to make his own YouTube channel by watching other gamers create Let's Pay videos online. He deleted most of his early videos because he didn't like his first commentary attempts.

He partnered with TGN in 2012 to make the transition from doing YouTube as a hobby to doing it professionally. He was very candid about the transition with his viewers. He has earned over 110,000 subscribers on YouTube.

He keeps his family life off his gaming channel, but is very good friends with fellow online gamers like TheMrDudepuppet.

Ryan Turner Is A Member Of