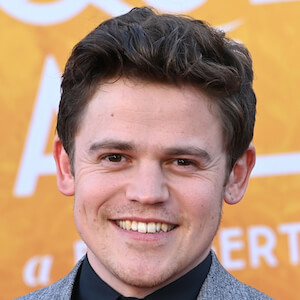 Stage and screen actor who landed a part in a production of Harry Potter and the Cursed Child. He has previously appeared on stage in Nivelli's War, Accolade, Wink, and Wendy and Peter Pan.

His first major role was on the ITV drama Foyle's War. He previously performed on stage in a production of Lord of the Flies.

He has appeared as a guest actor on the shows Doctors, Holby City, and The Musketeers.

He is from Brundall, Norfolk, England.

He and Sam Claflin were both members of the Norwich Theatre Royal's art course.

Sam Clemmett Is A Member Of