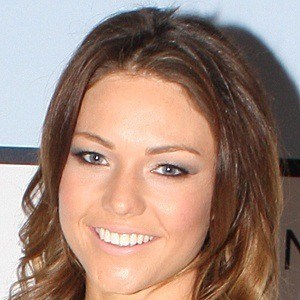 Reality star turned radio host of the show Rove and Sam for breakfast on 2dayFM 104.1. She took the reigns on the inaugural season Network Ten's The Bachelorette Australia as the noted bachelorette.

She initially gained fame as one of the girls competing for the heart of Blake Garvey on The Bachelor Australia in 2014. She was proposed to by Garvey, but the two never married.

She criticized Maxim Australia for photo-shopping her cover on the magazine.

She has an older sister named Kristine. She began dating Sasha Mielczarek as a result of her appearance on The Bachelorette Australia in 2015; however, the couple later revealed their split 18 months later.

She was featured on the second season of The Bachelor Australia with Blake Garvey. Tim Robards starred as The Bachelor in season one of the show.

Sam Frost Is A Member Of