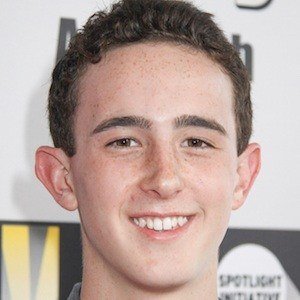 Originated the character of David Sirota in the ABC sitcom The Goldbergs. He's also well recognized for his recurring roles on American Viral and the cable series Shameless.

He made his acting debut in the 2008 television movie Bundy: An American Icon portraying young Ted Bundy.

In 2014, he starred in the Lifetime television movie The Unauthorized Saved by the Bell Story, portraying original series actor Dustin Diamond.

Like him, his father Scott is a California native.

Sam Kindseth Is A Member Of