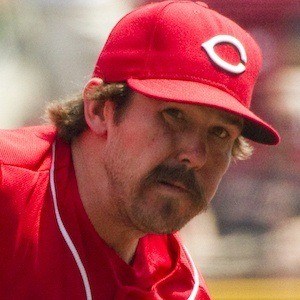 He enjoyed his best statistical year with the Cincinnati Reds in 2013. He posted a 2-1 record with a 2.66 ERA and 66 strikeouts that year.

He has seven siblings, and is the youngest of eight.

He played for manager Dusty Baker during his early years as a member of the Cincinnati Reds.

Sam LeCure Is A Member Of