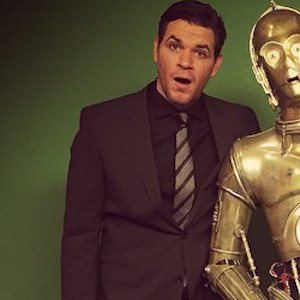 Actor and filmmaker who rose to fame posting parodies of popular films to YouTube. He has been featured in videos on popular channels like Epic Rap Battles of History. He has collaborated with YouTube stars like Shay Carl, Ray William Johnson, and Roman Atwood.

His SamMacaroni YouTube channel was created in 2006 but the first video wasn't posted until 2011.

Many of his own videos, including "STAR WARS VII - RETURN OF THE EMPIRE," and video collaborations with other YouTube stars, have earned millions of views a piece. His film "Seven Minutes to Save the World" was even selected for the Tribeca Film Festival.

Many of his YouTube parodies and short films have featured superstars like Danny DeVito and Stan Lee.

Sam Macaroni Is A Member Of