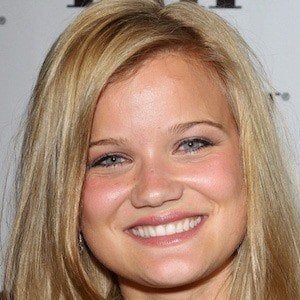 Norwegian pop singer known for her 2005 album Døngvill, which peaked at #10 on the charts. After a short hiatus, she returned to the music scene with the 2013 song "PRTeY."

She was on the Norwegian version of Pop Idol in 2004, on which she place fourth.

She also runs a blog and has over 130,000 Instagram followers.

She was briefly married to Norwegian director Stig Svendson in 2004. She grew up in the town of Mosjøen.

Tone Damli is a fellow Norwegian pop singer who got her start on Idol.

Sandra Lyng Is A Member Of