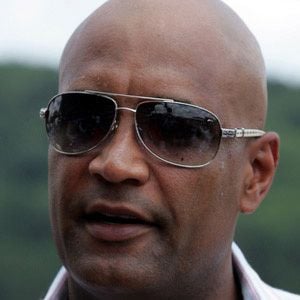 MLB catcher who won the AL Rookie of the Year Award in 1990 and played in six All-Star games as a member of the Cleveland Indians.

He was named Minor League Player of the Year in both 1988 and 1989 by Baseball America.

He married Margaret Alomar and he has four daughters, Brianna, Marisa, Leanna and Isabella, and a son, Marcus. His father, Sandy Alomar, Sr., played second base in the majors for fourteen seasons, making one All-Star team.

He played alongside star slugger Jim Thome on the Cleveland Indians.

Sandy Alomar Is A Member Of