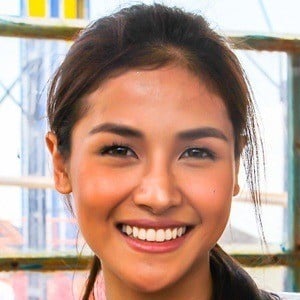 Stage name of Filipina actress Shaira Lenn Osuna Roberto, who's known for her role as Lorna on the show The Half Sisters. She was also cast as Dayana on Encantadia, a remake of a mid-2000s show of the same name.

Her career started by accident in 2012 when she was mistaken for an actress on the set of Walang Tulugan with the Master Showman, which her brother was working on.

She's also played Thea on Dormitoryo and Abby on Karelasyon: Poser. She has more than 2.8 million followers on Instagram.

Her brother is actor Jak Roberto.

She appeared alongside Barbie Forteza on The Half Sisters.

Sanya Lopez Is A Member Of