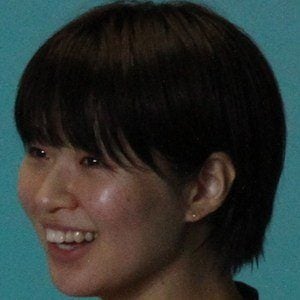 Japanese volleyball player who took home the bronze medal representing her home country at the 2012 Summer Olympics. She has achieved great success with the Toray Arrows, having won multiple Empress's Cup and V.Premiere League titles.

She made her national debut for Japan in 2003 at the Volleyball World Cup.

She has won the Best Server award at the Senior Asian Championship, World Grand Prix and Piemonte Women's Cup.

She and Ivan Zaytsev both won bronze medals at the 2012 Summer Olympics.

Saori Kimura Is A Member Of