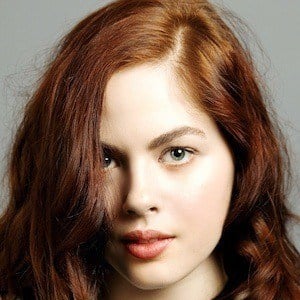 Canadian actress known for her appearances on Supernatural and Green Arrow as well as her roles in various TV movies, including Sugarbabies and Sorority Murder.

Her first big acting role came in 2011, when she landed the parts of Lisa and Taylor Turner on R.L. Stine's The Haunting Hour.

Along with acting, she's also taken flying lessons, with the goal of earning a private pilot's license.

She was inspired to fly by her dad, who also has a pilot's license. She hails from Vancouver, Canada.

She starred alongside Stephanie Hunt in the movie The Hollow.

Sarah Dugdale Is A Member Of